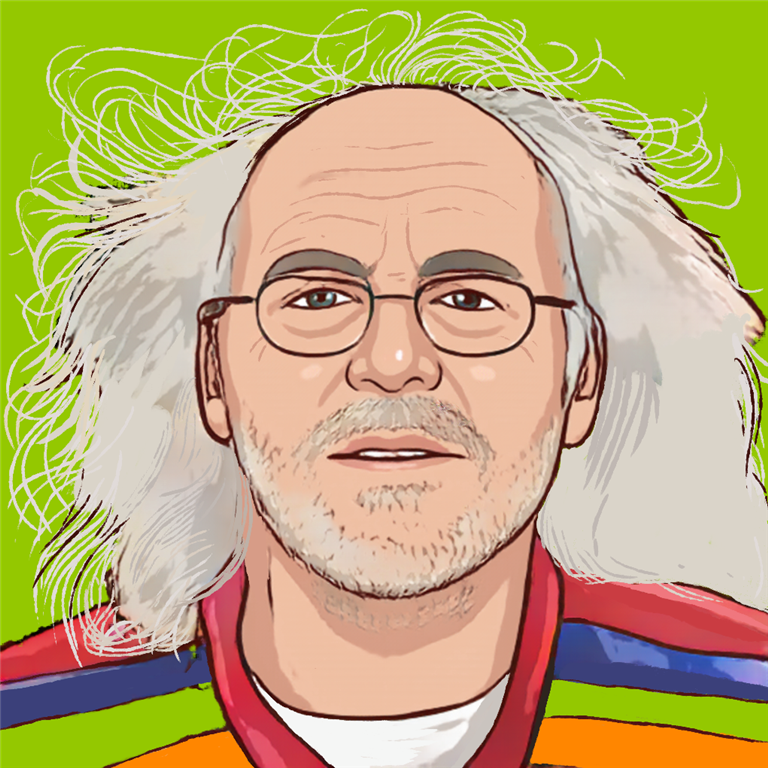 Professor Michael Antony ‘Mick’ Aston was Time Team’s much-loved Archaeological Consultant. After university, he worked as Somerset's first County Archaeologist before returning to university as a lecturer. Mick’s passion for archaeology has spilled into several books, ranging from academic texts through to guides for the general public. Mick became iconic to the viewing public for his trademark colourful jumpers and flowing, unkempt hair. Always a big presence, both on and off screen, Mick’s huge contribution to Time Team and the field of archaeology cannot be overplayed.

“I’ll never forget Mick captivating a group of school children at Ribchester over the importance of some small finds. He noted how even the smallest, unglamorous find can tell us something about the past. Despite being on a Roman site, we had discovered a Victorian ivory toothbrush from later occupation. Mick spoke in a fascinating way about where that ivory might have come from, what it said about personal hygiene and how a simple object like this can reveal a great deal.

Another fond early memory of Mick is our visit to the church at Dorchester on Thames on the pilot programme. Mick pointed out all the features that would enable us to read the history of the building. He had a great eye for the small details that previous alterations had left in the outside walls. As an aside, he noted that a church should be circled in a specific way (clockwise) or you would, by going in the opposite direction to the nature route of the sun, be in a state of ‘widdershins’ which was not good!

This was Mick through and through. He was a fount of knowledge and had a sharp wit to match. His passion for archaeology and history was infectious, and his insights brought great colour to Time Team. His great skill was in bringing the past to life in an accessible way that everyone could visualise. We still often hear from fans of the show who were inspired to become professional archaeologists, all thanks to watching Mick!

Mick and I first worked together back in 1988 on Time Signs, the pre-cursor to Time Team. This short-lived show marked the start of a great friendship extending across three decades. Mick was one of a kind and is sadly missed by all. However, his legacy lives on in the many great memories and the contributions to archaeology that he left behind.”